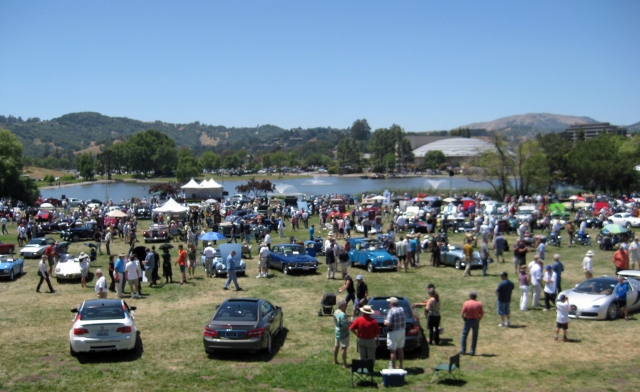 Overview of the Concours d’Elegance

You never know where these vintage bikes will take you. Early on Sunday, May 20, 2012, Jeff and I found our selves dressed up and at the Marin Civic Center.

This was the first year that motorcycles were to be officially included in the Marin Sonoma Concours d’Elegance and Don Danmeier wanted to make a good showing. Needing more pre-war bikes, Don requested that we show the 1939 KX 1140. 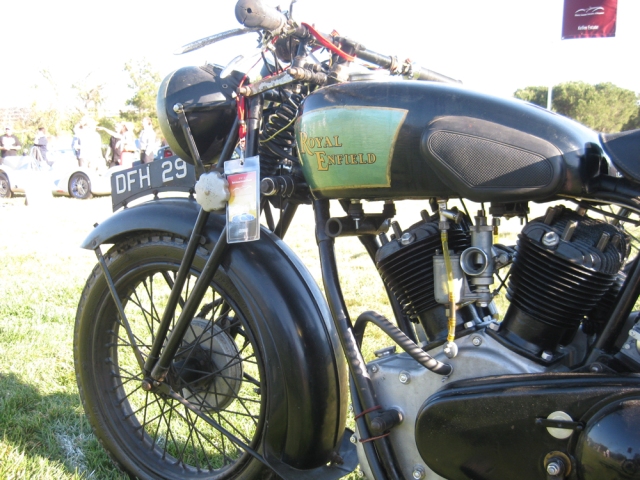 This show celebrates the intersection of functionality and form on many levels. The obvious is the design of automobiles and motorcycles for either style or speed or both. Over 175 opulent and elegant automobiles were present. Contestants were also encouraged to dress up as people traditionally did at Concours. Finally the event itself served a function as a fundraiser for important groups, Hospice By The Bay and Boys & Girls Clubs of Marin and Southern Sonoma Counties. 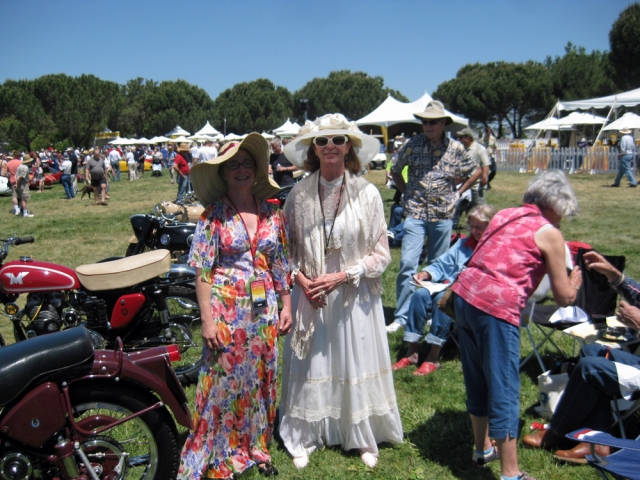 Me with the Winner of the Vintage Outfit

First I was happy to see many of the people we knew and some we had ridden around Napa with just the day before. Later I had that cosmic coincidence of being far away from home and meeting new friends who live right nearby. 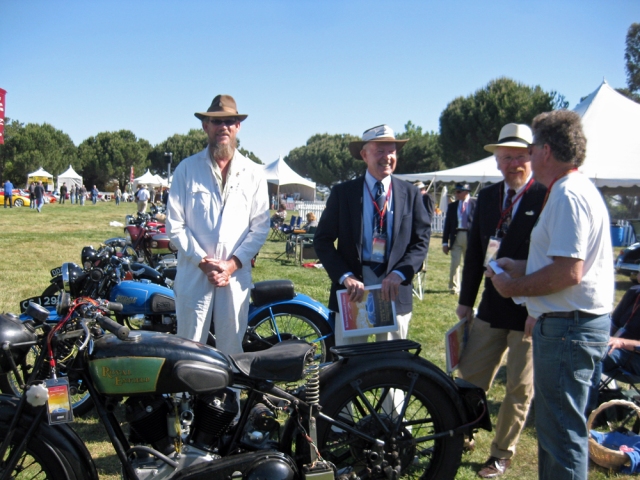 Walking around, I felt overwhelmed with history, design and passion. Each vehicle was immaculately cared for. Often the owner was present and eager to talk. Mostly the event was on a scale too big for my little camera…. Or maybe it was me who was only able to comprehend little things, hood ornaments, and some of the funnier comments I overheard… 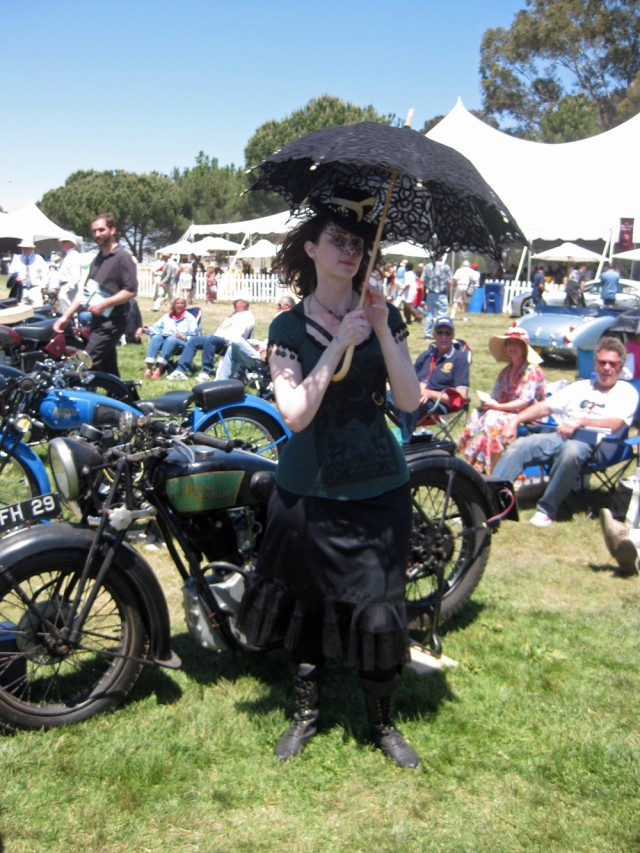 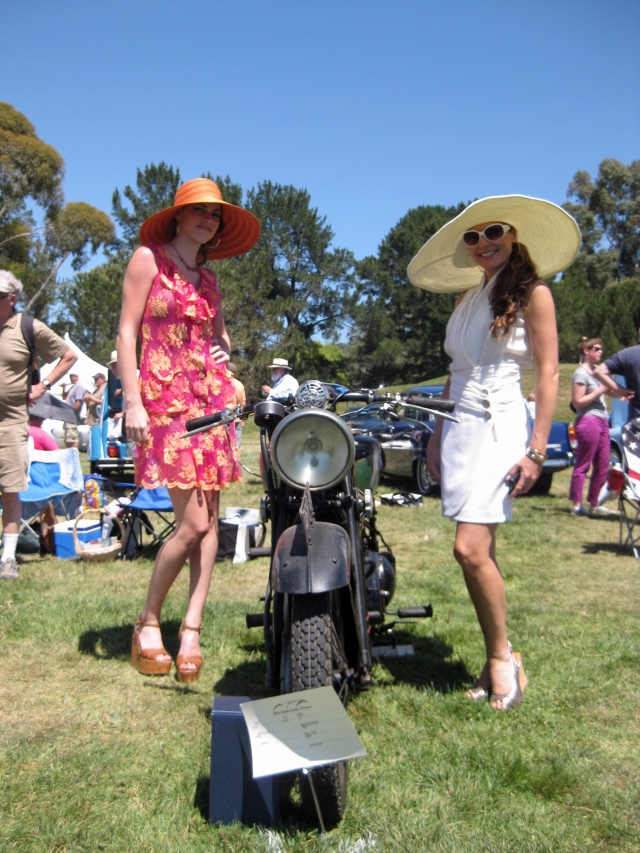 The day ended comfortably in Don Danmeier’s back yard with an eclipse going on. 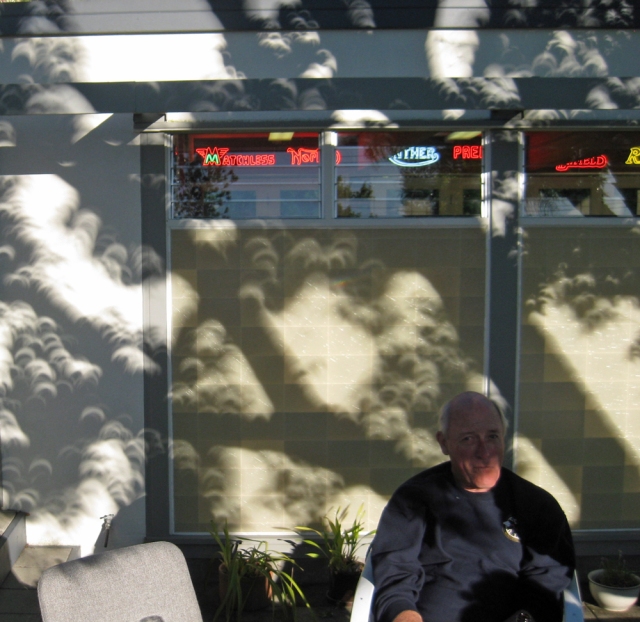 Don Danmeier and shadows from the eclipse

Thanks Don for encouraging us to participate!