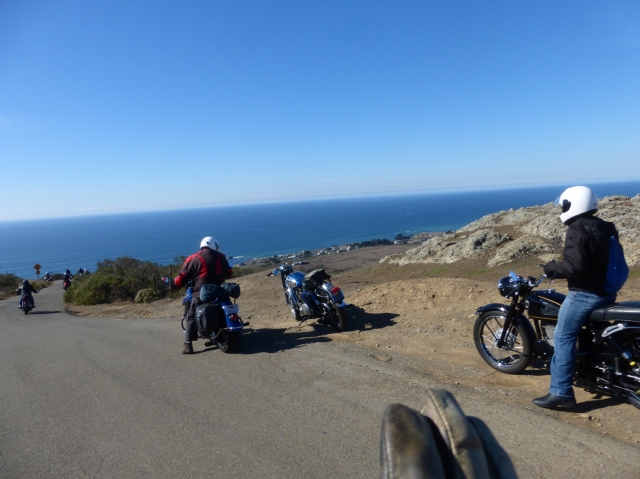 For years, decades even, I’ve wanted to ride on the All Brit Ride. This annual even has been occurring on the first Saturday in November for so many years, its original purpose has been forgotten. (If you want to know, ask an old-timer.) The reason my attendance has been limited to the back seat, is that the ride is not only All-Brit, but also Only-Brit, and my only British bike, a Velocette GTP is not street-ready or street-legal. 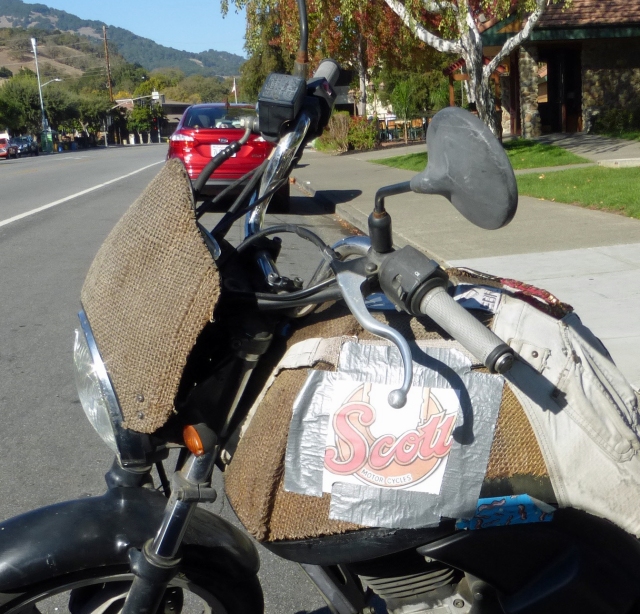 This year I was once again unprepared when November rolled around. Desperate, I came up with a ridiculous plan. I could put the Scott logo on my American-made motorcycle. The Scott Motorcycle Company operated out of West Yorkshire and had an illustrious career until it went out of business in 1978. Plus Scott is my Jeff’s last name.

This idea was doomed, mostly because I was constitutionally opposed to it. I have great respect for the ride leader, Don Danmeier. In addition I support the concept of All-Brit and Only-Brit bikes on the road.

However I made some effort. I printed out the label. I got my bike out and was ready to ride when friends gathered at my house.

A third factor clinched the deal. No battery. We were able to bump start the bike in the morning, but the battery did not charge up on the ride to Novato. So once again, I rode to the starting point and then hopped on the back of the Velocette Endurance.

Riding on the back was always a bit of a let down, until I realized I could take photos! It was a glorious day to ride around the back roads of Northern California and I’m certain we all felt lucky. There seemed to be a good turnout of over 100 riders, many VOCNA members.

The route created a figure eight in the back roads of Sonoma and Marin counties with stops at the usual places, Tomales and Bodega Bay. Instead of having lunch at the cheese factory, we gathered for a meal that couldn’t be beat at Stafford Lake Park.   Here Don handed out awards. No Velos won, but some VOCNA people and my friends were prominent in the awards. Paul Adams rode the oldest bike, a 1937 Norton, and Lou Brero won the “Chrome won’t get you home award.” Ron Perconti has won the Pit Crew award so many times he had disqualified himself. 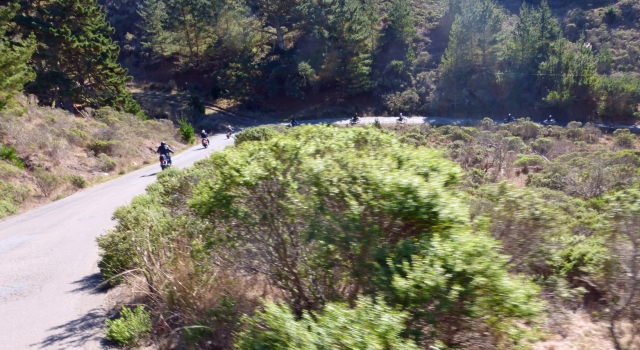 Down we go to the ocean 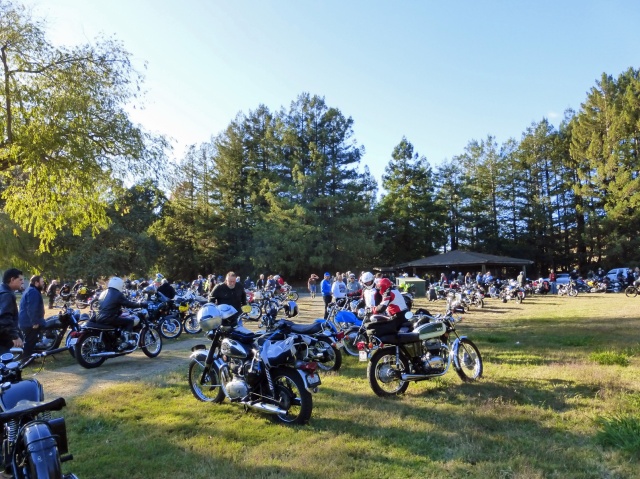 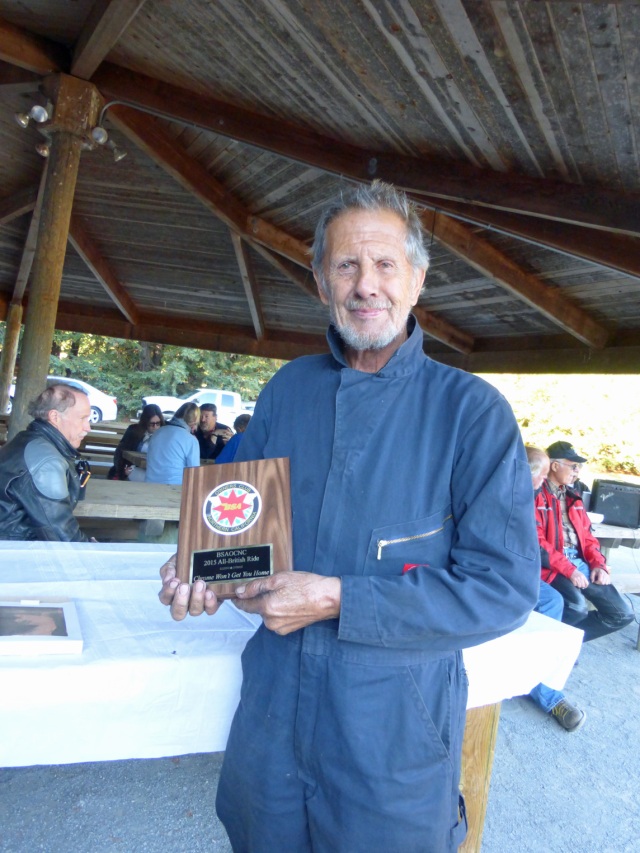 Paul Adams and his Norton, the oldest bike on the ride

This entry was posted in Velocette & other British Motorcycles and tagged Lanora Cox, Velocette, vintage motorcycles, VOCNA. Bookmark the permalink.